Taking A Dog To An Animal Hospital For CHF

When a dog suddenly begins getting tired after playing for only a short period of time, it might be due to a heart condition. Get your dog examined by a vet as soon as possible if he or she is unable to run around as before. The reason why is because your dog is showing one of the symptoms of congestive heart failure (CHF). If the condition is severe, taking your dog to an animal hospital might be the wisest thing to do if you don't want to wait for an appointment to be set. This article explains some of the important things about what to expect when your dog is taken to an animal hospital for CHF symptoms:

1. Your Dog Will Be Examined for CHF Symptoms

2. Tests Will Be Administered for a Diagnosis

The symptoms that your dog is suffering from will determine the types of tests that might be administered at the animal hospital. A test for heartworms is commonly administered when a dog has symptoms of CHF. The vet will want to rule out that heartworms aren't causing your dog to become unusually tired. The speed and rhythm of your dog's heart will also be examined via an EKG test. It is likely that the vet will want an ultrasound performed to take a closer look at your dog's heart.

If your dog has any symptoms that require prompt treatment such as a swollen abdomen due to fluid building up, he or she might have to be admitted to the hospital. He or she will likely be put on medication that is able to release the fluid and bring the abdomen back to a normal size. Medication might also be administered that is able to prevent fluid from quickly building up in your dog's lungs. The vet might recommend that your dog is only limited to being able to play and exercise for a specific amount of time per day. The specific method of treatment will be based on what is found when tests are done. 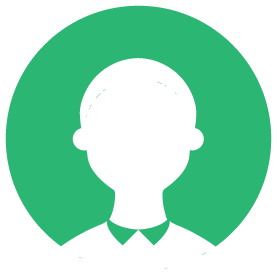 About four years ago I learned the hard lesson of preventative healthcare for pets. My dog had been acting a little different than he normally did and I just thought that he was getting older and slowing down a bit. Had I known that he was actually sick, the vet could have treated him with some medication and I might still have my little buddy sitting on my lap. After learning that lesson, I started researching what pet owners should be aware of with their animals. This blog contains everything that I have learned about monitoring pets behaviors to catch health problems before they get serious.